Reflection is a great thing.  Writing up a trip after the return, rather than during, can possibly end up with the blog post and memories being more positive, romantic and invigorating after having that time of reflection.  I had planned for the first time to blog from the road.  From the moment I arrived in Myanmar (I finally decided to refer to the country by its new name – new being from 1989…) I have never felt so at ease, so comfortable travelling solo, so happy.  I didn’t want to jinx myself by gushing immediately about this country that suited me so well so it’s now a whole two months later that I’m finally putting fingers to keys.  Those thoughts never changed though, only strengthened.

This trip held a lot of importance for me.  To begin with it was in memory of my Grandad (read more…. http://bit.ly/MyTravelInspiration), but also to prove that I could still travel solo.  The older you get, the more “the fear” sets in and I haven’t travelled solo in seven years.  I have plans to do another big trip when I hit 40 (which is fastly approaching!) and what with most of my friends being married with kids, solo travel will be almost inevitable.  So this trip was to test the waters to see if I could still handle it.  Funnily, I came back knowing I had fully completed the challenge, however it felt like it was the country and the people that allowed it to be so easy, so I still have the fear travelling other countries solo.  As I’ve said before though, if I wasn’t nervous then where is the challenge in that?

Well, after this http://bit.ly/5weekstogoMyanmar my panic research and planning certainly paid off. Friends had travelled Myanmar only a year previous and I was already proving that the country was advancing in many ways.  I had planned out my route with a little help from Tripadvisor’s forum and pre-booked all of my accommodation via booking.com.  I had researched transport links but was quite confident from further research and friends recommendations that my accommodation would be able to help with booking onward travel.

ATM’s – they do exist!  Even at the airport in Yangon!  Although it didn’t work for me.  I had stocked up on USD before I left the UK which are widely accepted in Yangon and easily changed at your accommodation or at a local money changer.  Just make sure your bills are crisp, clean with no marks or folds.  Also, higher the denomination the better the exchange rate you’ll be offered at the money changers.  It took a few attempts to find an ATM that would work with my card.  Strangely, it was the one at the Shwedagon Pagoda that worked for me – it’s inside one of the buildings with monks praying and the machine played Taylor Swift at me, so bizarre!  I took enough out to see me through and easily found another ATM in Pyin Oo Lwin when needed.  Just keep in mind to have enough currency on you if you’re visiting smaller towns.

Transport – your hotel / hostel can easily arrange your onward travel for you.  If they can’t, then they will recommend a local place that can help.  It really isn’t necessary to book way in advance. I always booked my onward travel as soon as I arrived, which gave me about 48 hours advanced booking. Everything went to plan, all the timings I had researched existed and easily workable. What mode of transport to take? 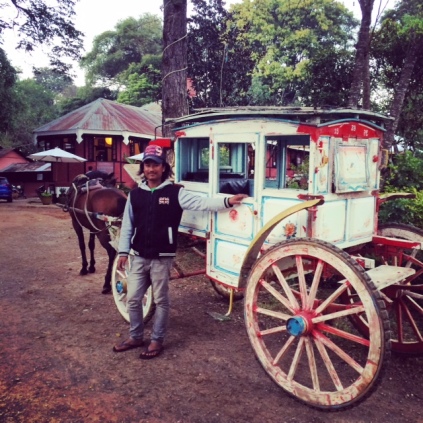 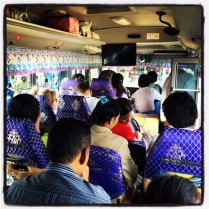 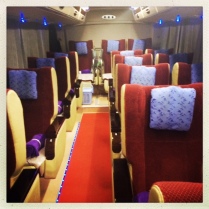 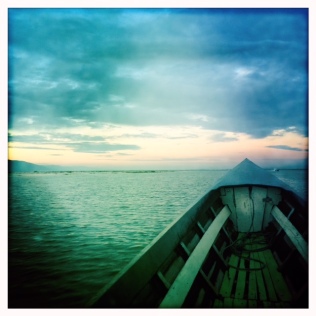 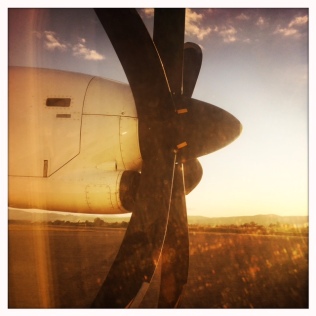 I had seen many a documentary on the trains in Myanmar and whilst they seemed like an “adventure”, I chose to do only one train journey which would take me across the Gokteik Viaduct. That in itself didn’t happen as the train was running 5 hours late from Mandalay so I changed my plans.

You can fly from Yangon to Mandalay or to Heho (Inle Lake).  Internal flights are obviously the most expensive mode of transport and can be unreliable but for me on a tight schedule it was a one hour flight vs a possible 14 hour bus journey (or longer train journey)….. I took one flight from Heho to Yangon the day before I flew back to the UK, but I did make sure that I had enough time to get the overnight bus back to Yangon in case the flight was cancelled.

Travelling by bus was great and worked well for me where there were routes.  I took three long journeys by bus, three totally different buses and experiences.  Of course when you’re travelling you’ll come across some annoyances and it’s all part of the experience really.  All of the buses were clean, comfortable and kept to schedule.

Costs –  Myanmar is certainly not one of the cheapest countries in South East Asia. To be honest, compare it with western prices and it is still a very cheap country to travel.  Accommodation to be fair is on par with European prices.  New(ish) hostels starting from around $20 upwards, hotels for me ranged between $30-75 a night for a single person (often a double room though as the price difference wasn’t too much).  Food, drink, entrance fees and transport costs are cheap in comparison.  After a few days I found myself quibbling over a few thousand kyat, when that translated to only a dollar or two.  How I travelled in my early twenties is quite a bit different to how I travel now in my late 30’s. I don’t necessarily need to scrimp on costs, however I still travel on a budget, I’m just a bit more comfortable than I use to be.  I hired a private taxi on a couple of days where transport links weren’t viable, or I didn’t want to be waiting for shared taxi to fill up.  People on forums quoted $150 for a days hire but I found them to be considerably cheaper when my hotel booked them.  The most expensive trip was Kalaw to Pindaya Caves to Inle Lake which cost me 70,000 kyat which is just over $50.

Tour or solo – I have travelled Asia previously on tour with Intrepid and also travelled solo.  I am an advocate for tour groups.  They have their purpose, make things easy, you don’t have to think or plan, and I have been lucky enough to make life long friends on the tours I have been on.  I spent a lot of time weighing up the pros and cons of doing this trip on tour but I just couldn’t find the perfect itinerary that encompassed everything I wanted to do so I decided to do it solo.  Sure enough, as often discussed, I pretty much did the same itinerary as my preferred tour company ran, same no of days, same places (plus a few extra excursions), I didn’t really skimp on any costs, got to places before tour groups so was often the only one there, hired private taxi’s for numerous days and my total costs still came in $1,200 less!

So that’s all the basic information I think is useful to part with.  Stories of the trip to follow….. 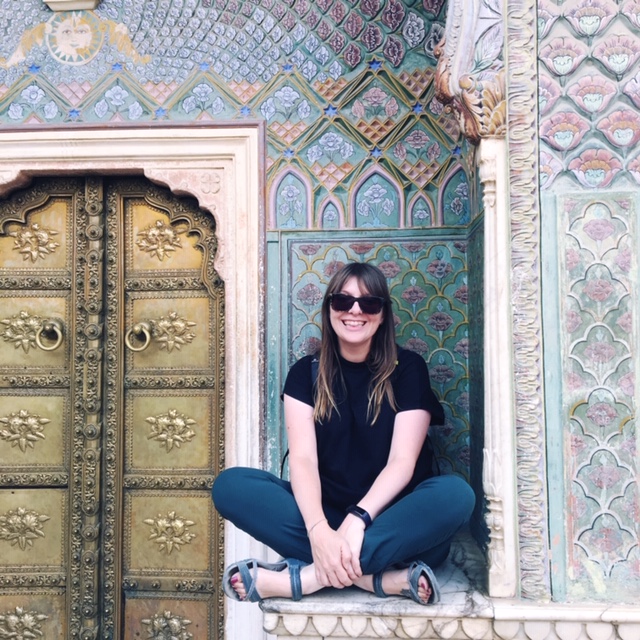 More from our little explore of Millennium Mills with @derelictlondon 🖤
It’s not often these days that I post photos to my grid, let alone so soon after the event but still buzzing from managing to get what is described as the golden ticket for a tour of Millennium Mills. I missed out during Open House but once dates were announced for this weekend for the last ever viewing of the derelict building before the keys are handed to the developer I set three alarms, kept refreshing the page and was gob smacked when I bagged two tickets for today. All tickets gone in 20 seconds apparently! A long climb up to the top to the roof for the most fabulous views over Docklands and a great tour led by @derelictlondon thank you! More photos to follow✌🏻
Had a little holiday in Norfolk and Suffolk last week, and as usual, documented everything on stories and forget to actually post anything on my grid. This was my favourite Banksy in his recent flurry across the coast 🦀
Holy Island 🖤 Lindisfarne Castle 🏰
Going Underground... 👷🏻‍♀️ One of my favourite things aside from giant concrete structures are tunnels! Especially the kind where you have to wear a hard hat and carry a powerful torch 👏🏻 There’s a 19th century waggonway tunnel under the streets of #Ouseburn #Newcastle that use to transport the coal down to the Tyne river to transport to London. It closed down in the 1860s and later repurposed as an #airraidshelter during WWII. They were open 24 hrs a day, and also used by locals as a safe underground passage way. One man stayed in the tunnel for the whole duration of the war with his family bringing him food and water. Imagine?! The tour guides are knowledgable, funny and engaging. At the moment during restrictions you can book a tour for 2-6 people for your family or support bubble. So it’s safe and a bonus private tour!
Two hours sailing round the Farne Islands was magical 🖤 Puffins, guillemots, and lots of bird poo. Mask and hat are essential 😜
Loading Comments...
%d bloggers like this: