2017 has been a busy year full of travel and self discovery but sadly very little blogging.  That’s one New Year resolution made…

The start of 2017 was marred by sickness and being diagnosed with a fatty liver disease.  Completely reversible but a lifestyle change needed to happen immediately.  I have been sober for 8 months, eating habits and choices are much healthier (if we ignore this Christmas period), I’ve taken up swimming again after 20 years out of the pool, taken to long walks, and lost almost 2 stone in weight (if we ignore this Christmas period).  It’s taken a while to adjust, there’s the immediate action, then the regret, then the loss (sadly it’s inevitable that some friends will stop calling when you’re no longer a drinking buddy), then there’s the acceptance.  Thank you to all my friends and family that have supported me and I’m looking forward to heading into my 40th year fitter and healthier than I’ve been in a very long time.

Once I had got to grips with the new lifestyle travel became a priority again.  As with most years I have a “desperate to see” list.  2017 was governed a lot by my ever increasing interest in the more obscure.  I’ve been lucky enough to visit a lot of the famous major attractions around the world so now my travels have a bit of a different take. I was recently in Seoul and met a nice gentleman who was telling me all about the historical Palaces that he had visited the day before.  He asked me where I had been, not sure he expected “a mural village and an abandoned amusement park”.  He thought I was crazy, I think I’m perfectly normal and still love the choices I made with my limited time.  Remember time is too short to have travel regrets.

So, 2017 trips kicked off in April with a road trip round Transylvania with one of my bestest friends.  Driving in Romania is craaaaazy (as explained here), but well worth it to get to visit beautiful castles, an amusement park at the bottom of a salt mine, Europe’s first kinetic steam punk bar, a Bear Sanctuary and of course to follow the legend of Dracula. 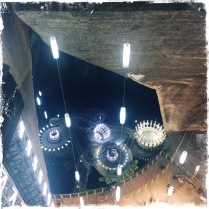 We departed ways at Bucharest Airport and I flew to Sofia, Bulgaria which would ignite my interest in the Communist era, or rather, the Socialist era.  I found high rise apartment blocks with street art painted along the sides, visited the Museum of Socialist Art (which has the most exceptional array of communist statues in a sprawling garden, including the giant Red Star that was on top of Largo before it was “stolen”), went on a free Communist walking tour, found hidden secret bars and the icing on the cake was visiting Buzludzha Monument.  This is the former Bulgaria Communist Party Headquarters and looks like a UFO is landing on the hillside.  It has been popular with urban explorers, which were able to squeeze through a gap in the door to explore the incredible mosaic work along the walls and decaying roof.  It was closed off by the government when I was there, but since I have heard you can access it again, although not entirely safe or possibly legal…. 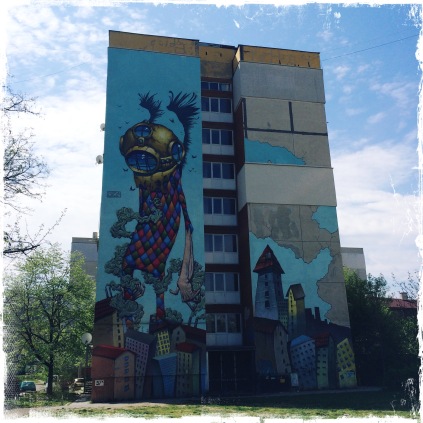 In June I headed to Macedonia for five days, the last of the Balkan countries I had to visit to complete the set.  I started in the capital – Skopje.  It has a compact centre and it’s covered in over 130 statues, they are everywhere, gigantic statues!   Highlights for me were the hilarity of coming across all of the statues, the beautiful Memorial House of Mother Teresa, the Millennium Cross overlooking the city and finally a more somber but important visit to Skopje’s Holocaust Memorial Centre.  I also stayed on a boat!  A purpose built, cemented into the river, boat!  I went a little off piste and my second stop was the small skiing town of Krusevo.  More importantly – the home of the Makedonium (told you I have started liking weird things).  Well worth the stopover, but my hotel was like something out of The Shining!  Lake Ohrid topped all of the Best of Travel 2017 lists and was to be my final destination.  I did my usual – I’ll just pop out for a walk and get a lay of the land.  2 hours later and I’ve seen pretty much all of the major attractions.  It is however, a beautiful tranquil place for a short stay and relax.  The best spot in town is above the Church of St. John at Kaneo which is on the edge of a cliff overlooking the sparkly turquoise lake. 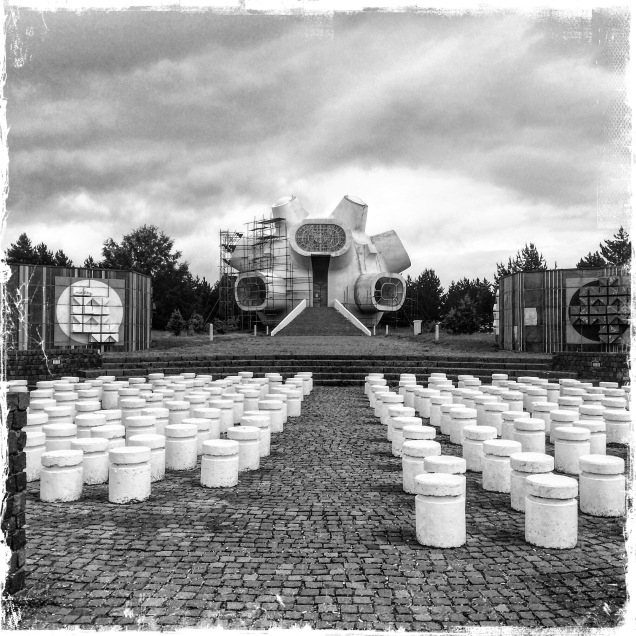 Also in June there was a weekend in Northern Ireland.  Somewhere that has been on my list for far too long.  24 hours in Belfast and we managed to visit the ever so popular, but brilliantly done Titanic Museum, popped into a few of the locals, had my first taste of a non alcoholic spirit – Seedlip (made from peas!) and did a Black Cab tour of the political murals round the city.  Then a short road trip up to the north coast to visit a very blustery Giants Causeway, we earnt a certificate for walking over Carrick-A-Rede rope bridge and stopped off at The Dark Hedges where it was near on possible to get a good photo without hoards of people – it was made famous by Game of Thrones of course! 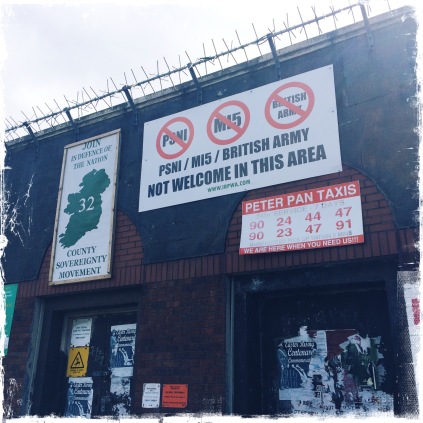 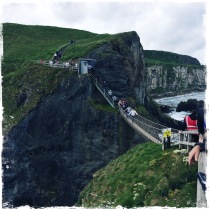 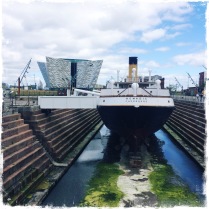 July was all about the Alps and a long weekend in Switzerland.  A night in Geneva, simply to see the famous fountain at the end of Lake Geneva and then a 4 hour glorious train journey to Zermatt.  Since watching the BBC crime drama The Night Manager I have been obsessed with wanting to see the towering Matterhorn mountain.  Here I was!  I nearly did a little cry when I first saw it.  It was my first time doing a solo hike, and across the mountains and Five Lakes.  It was absolutely stunning.

At the end of July we had a girly trip to Luxembourg.  Picnics in the park, shopping, the most indulgent hot chocolates with chocolate stirrers, the brilliant modern art museum, and the girls got to go out till dawn. 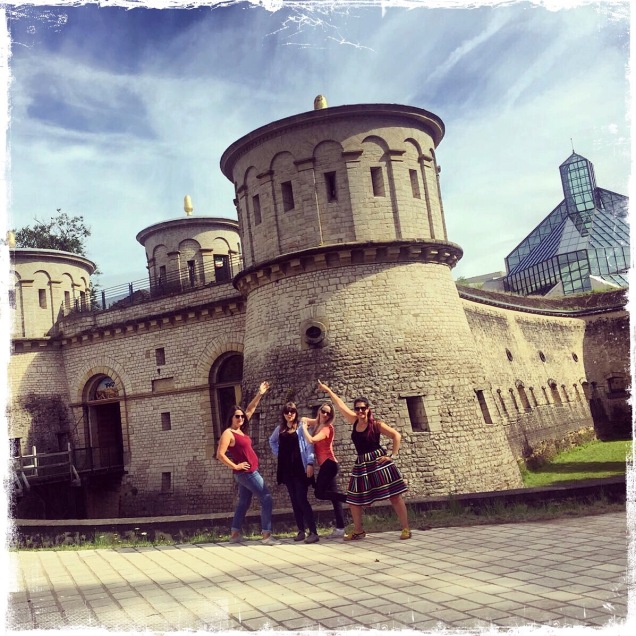 August, September, October and the beginning of November were all about UK travel.  Weekends away to Cornwall, Liverpool, back to my roots up in Northumberland, and a walking weekend zig zagging across the borders of England and Wales.

November was the big trip – 2 weeks in Taiwan & South Korea.  I met one of my bestest from Australia in Taipei and we explored up and down the west coast of Taiwan for 9 glorious sun drenched busy days.  I will blog about the trip soon so I don’t want to give too much away.  Some of the many highlights included visiting an abandoned UFO holiday village, Jiufen – an old Japanese gold mining town, the wide variety of night markets, a village painted in vivid colours by the now aptly named Grandpa Rainbow, the Dome of Light – the worlds largest stained glass installation which is in a metro station (please London can we have one?!) …. and the gazillion desserts that I ate – the Taiwanese have a very sweet tooth! 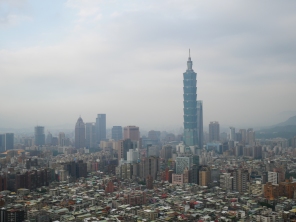 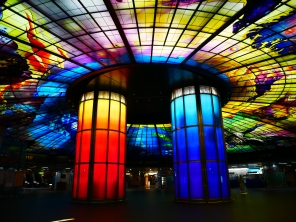 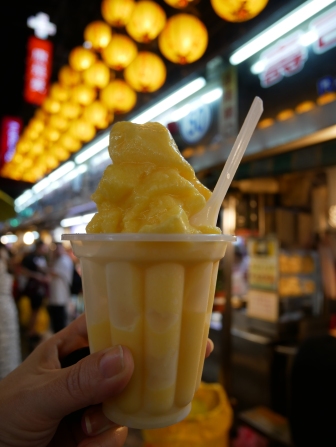 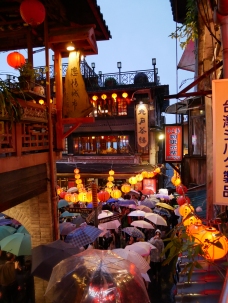 A long weekend in Seoul, South Korea was up next, and the weather there was a bit of a shock.  I went from 30c heat, swimming in a roof top pool at 7am in Taipei to -5c on arrival in Seoul in the evening!  I stayed in the most hipster hotel, Hotel Cappuccino, voted as one of the coolest hotels in the world – it was perfect for single travellers and not ridiculously expensive!  Despite the cold I toured the sights hard, as I mentioned earlier not quite the regular sights but an abandoned amusement park, a mural village, the National War Museum, Big Buddha, a statue of Gangnam Style and a trip to the DMZ – the demilitarized zone separating North & South Korea.  I ate more ice cream – a 32cm long one in fact, and gorged myself on vegetarian friendly street food along Myeong-dong.  I can’t wait to update you on more of my two week adventure! 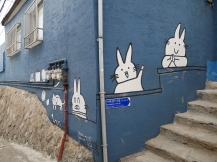 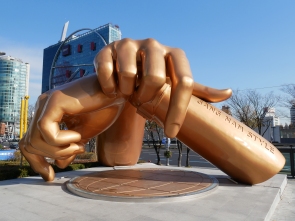 Despite the lack of actual blogging, one thing that has stayed constant is my photo diary on Instagram, you can always give me a follow on there for a more up to minute (and throwbacks in between) version of my adventures.

As a side to all of those trips I have delved more into the world of the hidden underground delights in London.  I took a guided tour of the now disused jubilee line of Charing Cross Underground Station, more well known as a film location for Superman, James Bond and Spooks.  I also took a guided tour of Clapham South Subterranean Station which was built and used during the Blitz.  Open House London weekend gave me the delights of visiting the Battle of Britain bunker in Uxbridge and the secret PADDOCK bunker in Neasden built as a secondary cabinet war room for Churchill but never used.  Dad and I visited the beautifully ornate Victorian Crossness Pumping (Sewage!) Station, got a bit scared looking round Kelvendon Hatch Secret Nuclear Bunker, climbed the O2 and walked in total 40 miles of the Thames Path (only 144 more miles to go to complete).  The Post Office opened up the Mail Rail train and I got to wear more hard hats visiting the  Williamson Tunnels in Liverpool and more recently at the third infiltration tunnel at the DMZ in South Korea.  Oh, and I zip lined in London along the South Bank.

There were weddings, funerals, new babies, countless gigs, festivals, spa weekends and not forgetting the full time job!  I’m quite excited to see what 2018 brings.

As soon as I heard there was an underground power station called Hollow Mountain and it uses water from a reservoir set up in the mountain with an amazing concrete dam, well, I had to go didn’t I. I’d already planned on visiting some Scottish Islands this spring and Cruachan is on the way to Mull… a week later I’m booked on a tour through Hollow Mountain and hiking up Ben Cruachan to walk over the roof of the dam. Snowy mountains was a bonus 🤍
I’M IN SCOTLAND 🏴󠁧󠁢󠁳󠁣󠁴󠁿
Back on the road again 🚙💨 March road trip brings me to Kent. So far it’s been caves, grottos, tunnels & bunkers but spent most of today overground exploring the coastline 💙
Have exhibitions always gone on tour round the country and I’ve never noticed as I was so London centric? Last year I got to see Dippy in Norwich, the Moon in Durham, then the Van Gogh immersive experience in Salford 🌻 What’s up next? 🌟
I’ve also been playing Brutalist bingo and finally got to see the beast that is Preston Bus Station🖤
Loading Comments...
%d bloggers like this: